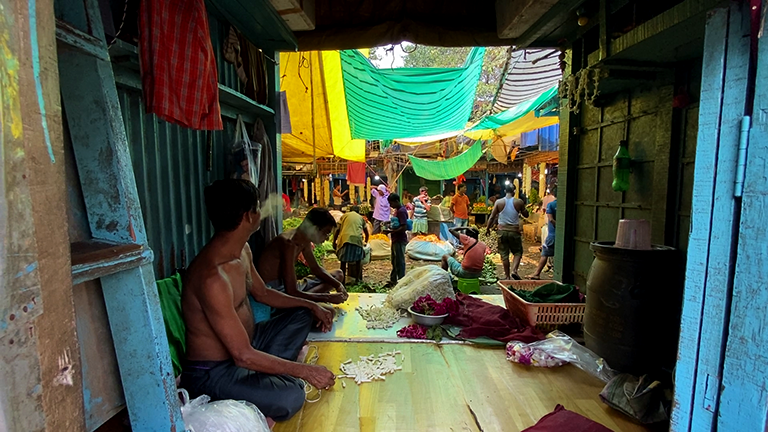 The beauty of Kolkata is that it holds heritage values close to its heart. You barely find newly constructed high-rise buildings and most of the existing ones are generations old. One thing we were excited about in Kolkata was Tiretti Bazaar in the old China town. We were very particular that it shouldn’t be missed out. Tiretti Bazaar, is an early morning bazaar that starts functioning at 5 AM and shuts down at 9 AM. The space turns out to be a parking area for the rest of the day. The market is known for its authentic Chinese street foods prepared and sold by Chinese ethnic Indians who migrated to India decades back. Tiretti Bazaar has everything from Chinese street foods to fresh fish, vegetables, house-made sausages, knives, and whatnot! 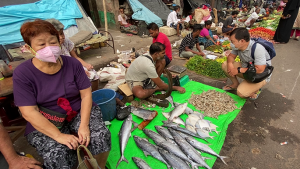 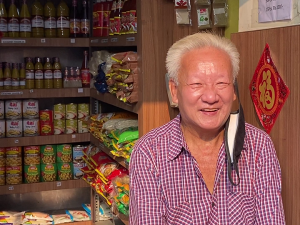 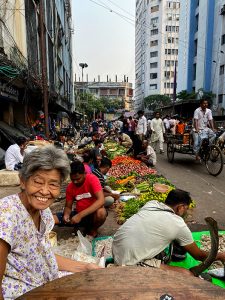 After having a delicious Chinese breakfast feast from the bustling bazaar we walked to Mullick Ghat Flower Market near Howrah bridge, which was twice as busier than the Tiretti. “Mullick Ghat Flower Market is Asia’s largest and one of the oldest flower markets in India” – Someone selling a bundle of White Lilies said. The variety of flowers was something new for us. The market has a network of small pathways and Gullies that connect to Hooghly River Ghats and nearby roads, it is so easy for someone to get lost.

After spending hours at the Ghat observing nature and people, we headed off to College Street to get a Tram ride. The tramway service in Kolkata is the oldest operating tramway in Asia and the only existing one in India. Build in the year 1902, it remains to be the local’s all-time favourite mode of transport. Warm lights, wooden floors and the huge rustic ceiling fans inside the tram give a vintage feel. The conductor pulled a string connected to a bell to give commands to the driver. A single ting of the bell is STOP and a double ting is a START. 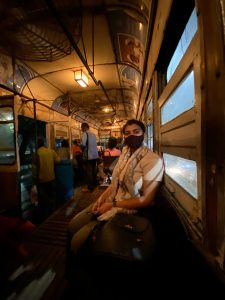 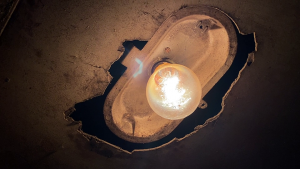 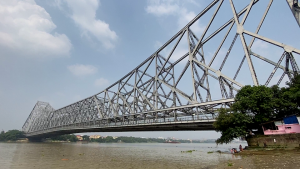 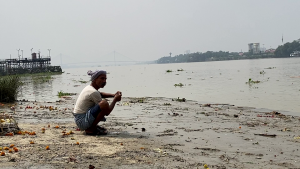 The tram was the slowest thing on the road. Even cyclists zoomed past the tram through the busy College Street. We felt the tram ride was an exact replica of the city’s character. Yes, the city has a character, it is old, it has a million stories to tell and it has wisdom. This city by all means is a venerable part of India.